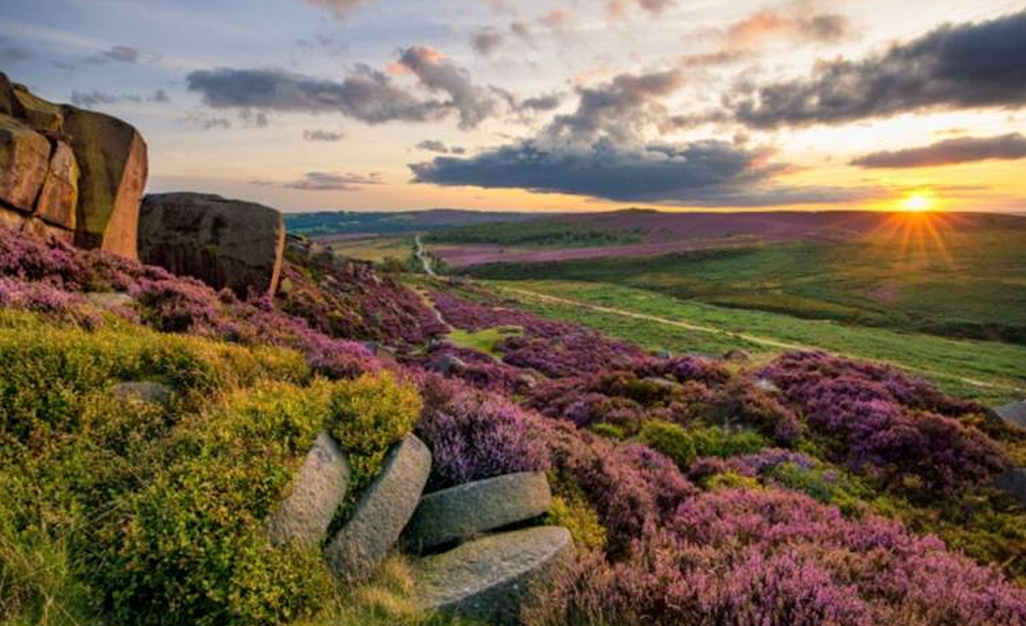 The Best Things to Do and See for Students in Sheffield

Sheffield is a great place to study with some of the Best Universities in the country, but in your time off why not see some of the best things the Sheffield area has to offer for students. 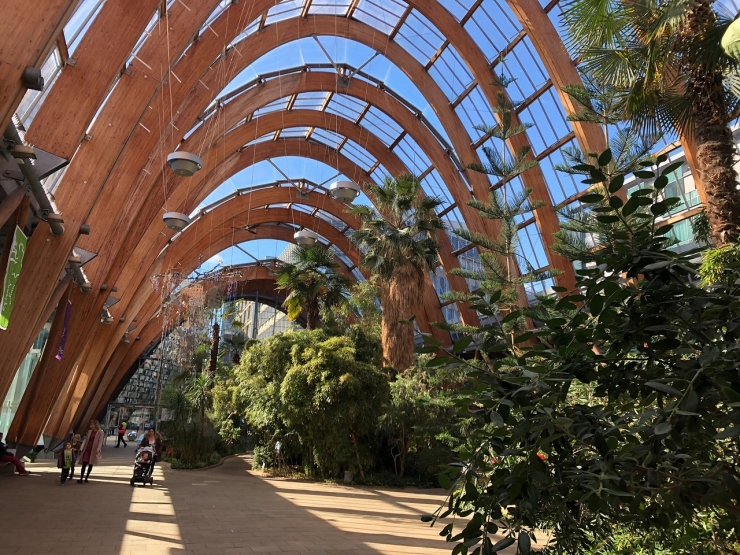 
Sheffield is home to Europe largest urban glasshouse. The building is 70 metres long and 22 metres high (that is big enough to house 5000 domestic greenhouses) and home to more than 2500 plants from all around the world. Stepping into this huge indoor garden feels as though you’ve stumbled upon an undiscovered jungle. No matter where your eye wanders in this garden, it’s met with a shock of colour, as lush greens combine with the explosive colourful plantings. Even the ponds are filled with colourful fish. Admission is FREE. 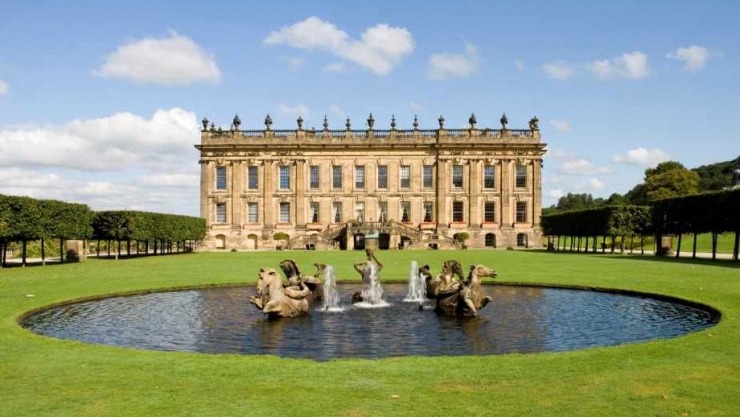 
The jewel of the Peak District. Chatsworth is a 30 mins drive outside of Sheffield, very close to Bakewell. Chatsworth has been the seat of the Dukes of Devonshire since 1549 and has passed through the hands of 16 generations of the Cavendish family. A passion for art collecting, across five centuries, has resulted in one of Europe's finest private art collections. More than 4,000 years worth of art is represented—from classical sculptures to contemporary works. Surrounded by 105 acres of garden and 1,000 acres of park land its truly wonderful to behold. No wonder that 300,000 people come here every year for the garden alone! The house is also known to many as Pemberley in the 2005 film adaptation of Pride and Prejudice, starring Keira Knightley. 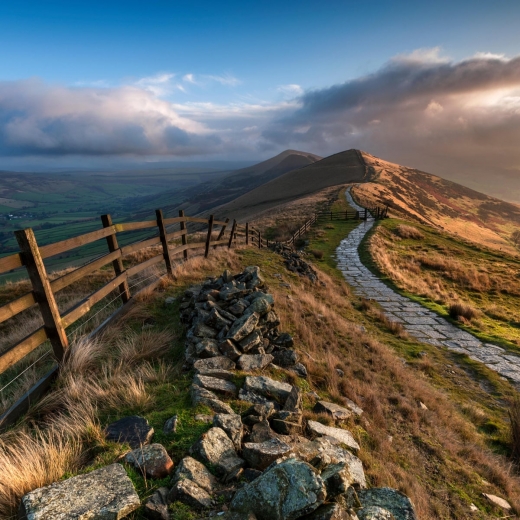 
The Peak District is the UK’s original National Park, you can spend days trekking through its incredible landscape. You can walk to the Peak District from Sheffield it is that close! Every day feels like a dream as dramatic hills tower overhead while you walk through beautiful valleys. It feels like a little slice of heaven and we do not think there is anywhere on Earth that is more beautiful or spiritual. The highest point is Kinder Scout at 2,087 ft (636 m). Stanage Edge close to Hathersage is an ideal location for rock climbers. Bakewell, Tissington and Parsley Hay are great for walkers, cyclists, and horse riders to roam through miles of trails. The Park is haven for any nature-lover with its rolling green and gold hills and busy market towns. Travelers are led to interact with people and the place, coming together to explore the hidden villages and historic estates within the areas of ancient woodland and rolling hills. Several traditional country pubs entertain locals and tourists alike. It can even be argued that The Peak District started one of the most important events in global history when Richard Arkwright built his cotton mills here at the start of the Industrial Revolution. 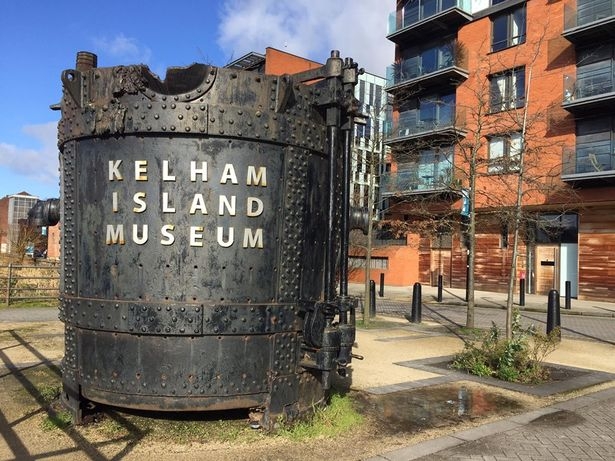 
Formerly the city’s industrial and unwelcoming area, this ‘island’ surrounded by the river Don has become the one of the hippest, liveliest part of town without losing any of its rough charm. Young couples and the cosmopolitans congregate around the new restaurants and cool bars. Past, present and future collide effortlessly now in Kelham. Pop into its places to eat, which include some of the city’s most exciting new openings. The area is still in the early stages of its rise, but you’ll find activity buzzing along the streets with distinctive murals. Neepsend next door has also seen a host of new places popping up and is well worth a visit. 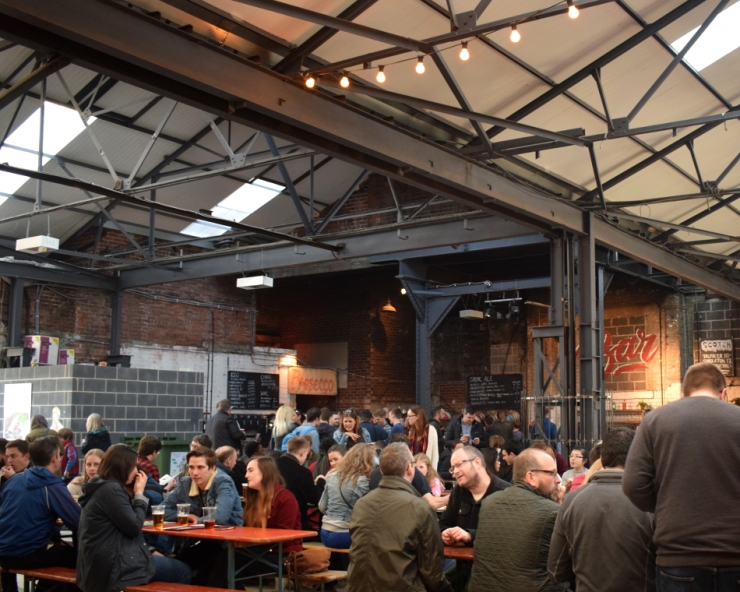 
Markets are woven into the fabric of Sheffield life. Historically, they were a cornerstone of the city's communities and the best place to go for the weekly shop. And now thanks to a diversified offering and a growing awareness of how important it is to support small producers, both locals and students continue to flock to the city’s best. The Moor Open Market over 20 stalls trading on Monday to Saturday from 8.30am to 4.30pm outside the new Moor Market on The Moor. There is also the market next door on King Street, this market has 18 stalls and 2 pitches selling a selection of different goods each day. The Sheffield Food Festival which spans three-days in late May. The market located across the Peace Gardens, Winter Gardens, Millennium Square, Town Hall Square and Fargate. Sample the very best food and drink Sheffield has to offer. Entrance is free and events include food demonstrations, master classes, interactive sessions, sampling sessions. Igniting the Christmas atmosphere are The Sheffield Christmas Markets. You will find them on Fargate and in the Peace Gardens in Sheffield city centre. Stalls selling local products from snug wooden chalets strung with twinkling lights. As it can become cold but there are plenty of stalls selling warming mulled wine and punch, which take the chill off the evening. Hungry> Try the pancakes and sausages in the open air. Founded in 2014, Peddler Night Market can be found one weekend a month on Burton Street in Neepsend. This crowded, buzzy food market is the food-loving hipster’s hangout of choice and an now a classic known for its vibe, as well as its quality. It stall sell a fabulous array of stuff, including plenty of delectable street food. Queues can be lengthy – and seating’s limited – but everything here is worth the wait and the vibe is super-friendly. 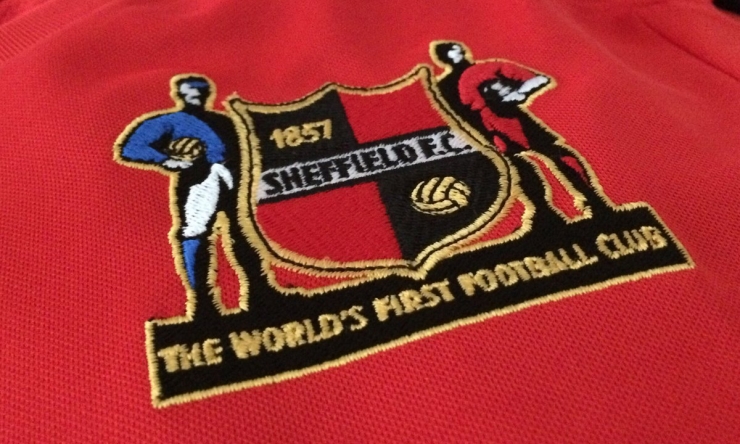 
Founded on October 24th 1857 by Nathaniel Creswick and William Prest, Sheffield FC initially played games against themselves in either “Married v Singles” or “Professionals v the Rest”. Creswick and Prest arranged the rules of play, which were decided upon at the club’s AGM on 21 October 1858. They were known as the Sheffield Rules, and were the first detailed set of rules of football. Just up the road, Hallam FC was formed in 1860 and in the same year the two clubs first played in a fiery game which which is still contested today. In 2004 they were given the FIFA Order of Merit, an award given to only one other club: Real Madrid – and in 2007 they were inducted into the English Football Hall of Fame. They currently compete in the Northern Premier League Division at their home ground in Dronfield, a short drive outside of Sheffield City Centre. Tickets are almost always available on the door and they offer a student discount meaning you can get one for only £5! It makes a great Saturday afternoon and the pub next door is always lively before and after the game. 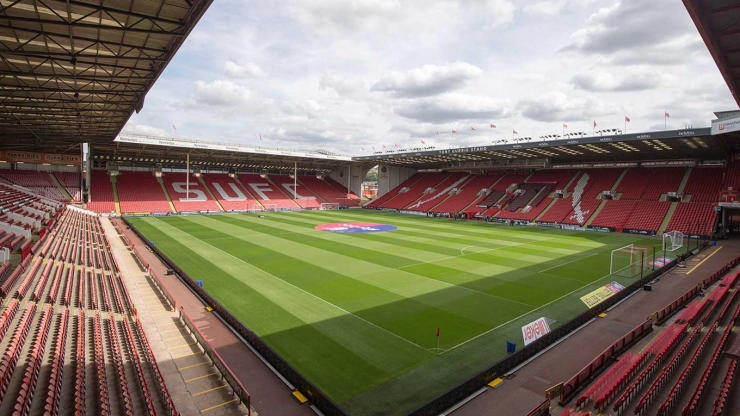 
You can now watch live Premier League football matches in Sheffield City Centre! Having recently been promoted Sheffield United have already beaten Arsenal and drawn with Manchester United at their home stadium, Bramall Lane. Led by their Sheffield native manager Chris Wilder, Sheffield United have plenty of star players that are shocking the football world and that Sheffield students can enjoy watching from within walking distance of Sunrisestar Properties. The club's nickname "The Blades" appeared due to Sheffield’s history of steel production. Home matches normally take place on Saturday at 3pm with tickets available to buy online, on the phone or at the ground. They offer student discounts. 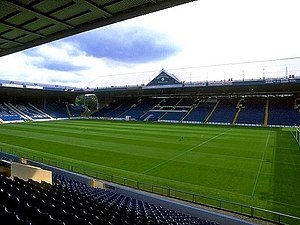 
One of the largest teams in English football The Owls, as they are nicknamed, have won four league titles, three FA Cups, one League Cup and have had some great players over the year including Chris Waddle and Paolo Di Canio. The Clubs is named Wednesday because it was on Wednesdays that the founding members had their day off work. The Owls currently play in the second league of English Football, The Championship, at their home stadium, Hillsborough located in Owlerton. It is too far to walk to the stadium from the city centre, but it is possible to drive, get the tram or the bus to the Stadium. Home games are either mid-week or on a Saturday, they offer student discount with the cheapest tickets usually starting around £20. 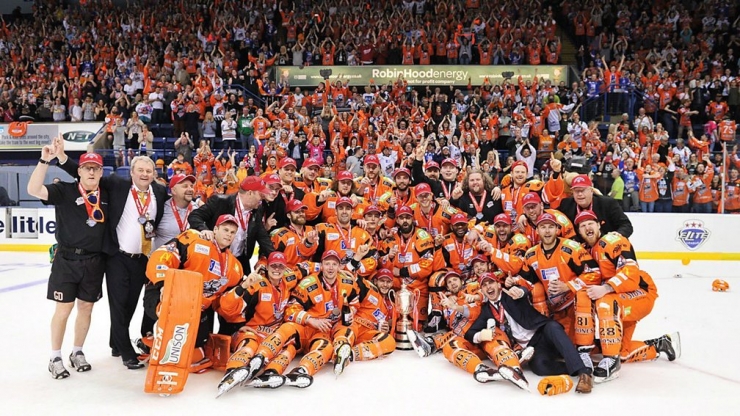 
Sheffield is home to the most successful ice hockey club in the UK, having won the Elite Ice Hockey League on 5 occasions. Almost every year the team is seen competing for honours at the top of the league. The team often has players that have played in the NHL or are destined for the NHL in North America, the most recent of these being Liam Kirk who was recently drafted by the Arizona Coyotes. The Steelers play their home games at the FlyDSA Arena close to Meadowhall. They play around 25 home games at home from August to March. Tickets for Steelers home games can be either be purchased from Sheffield Arena Box Office on game nights, online via the Arena website or over the Phone by calling the ticket hotline. 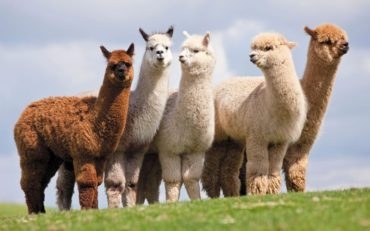 
Visiting an alpaca farm it’s fast becoming a sought-after experience across the UK. With an adorably comical appearance and their naturally calm and gentle nature, alpacas are great! Their naturally calm, gentle nature makes them the perfect companions when you want to unwind. The best alpaca farm in Sheffield is Mayfield Alpacas Animal Park in Ringinglow which is a huge 45 acres set in the stunning Mayfield Valley, they often have more than 170 animals including alpaca, llama, dwarf mongoose, skunks, meerkats, reindeer, exotic birds and more. There is also a café and shop on site. 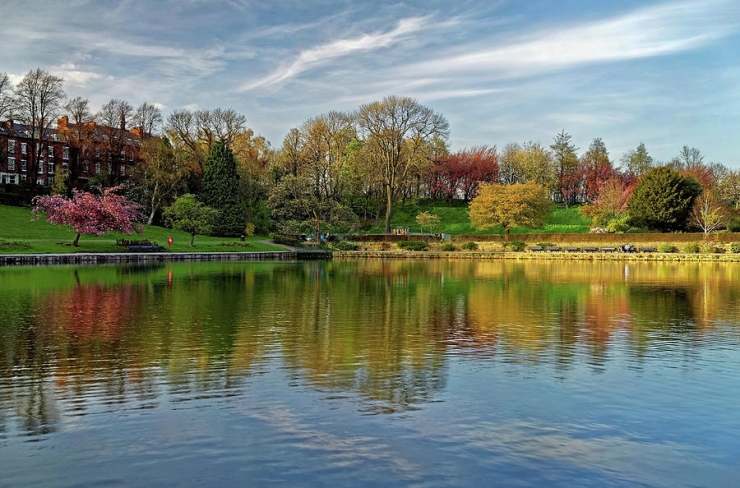 
Traditionally known as the Steel City, Sheffield is now referred to more and more as The Outdoor City, and it is no surprise why! There are not many cities in the world that can compete with Sheffield’s greenery. Discover incredible Sheffield wildlife, beautifully designed gardens and of course plenty of space for summer picnics and refreshing winter walks in the parks. Sheffield University is surrounded by amazing parks, The Ponderosa is massive, Western Park is stunning and Crooks Valley Park has a lovely big pond. Devonshire Green which is super close to Portland Tower and is the largest city centre park, really comes into its own in the summer which plenty of people meeting on it. The Peace Gardens have a water feature that is great for kids.